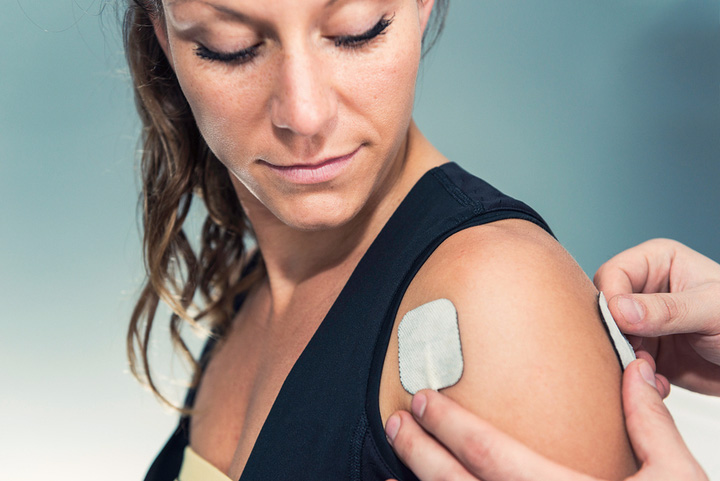 The body has a continual flow of resonating electrical impulses that transmit signals through living tissues, utilizing electrons, chemicals, and electromagnetic bonds. The body’s tissues are lined with water-hydrated matrices that act as semiconductors to permit the transfer of electrons and communicate specific frequencies. Each cell, tissue, and organ has its own specific frequency that synchronizes its activity within the body. Microcurrent is aligned to support the intricate biological and physiological phenomenon that has been exhibited throughout electrotherapeutics in clinical history – electricity will take path of least resistance as it flows through tissue.

What is a MENS treatment like?
Microcurrent therapy is passive. You sit with the electrodes placed in the appropriate locations as determine by your therapist. Often a coupling agent (water or gel) is used to facilitate the delivery of the MENS.

Unlike other forms of electrotherapy (i.e., TENS or NMES), the current is so small that the nerves of the sensory system aren’t stimulated. As a result, there’s no uncomfortable feeling of a shock.

There are often multiple treatment sessions and MENS is typically part of a complete rehabilitation program that involves patient education, exercise, manual therapy, and a home program.

What conditions respond well to microcurrent?